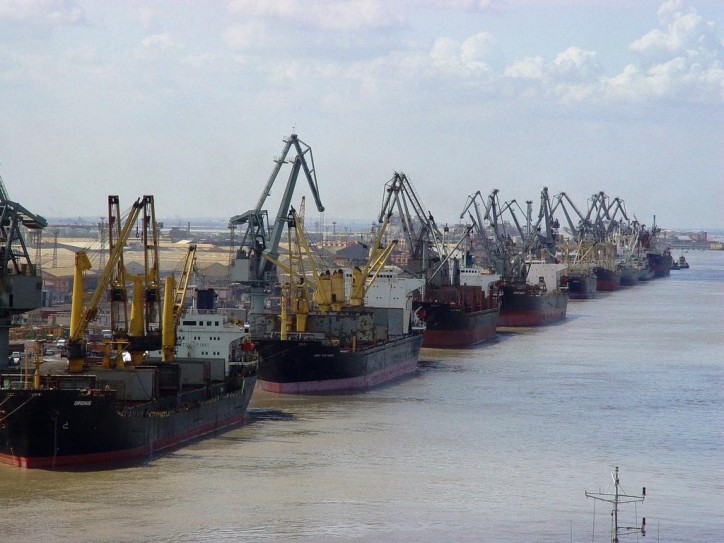 During the period under review, iron ore cargo including iron ore pellets surged by 23.48 per cent. The ports at Kandla, Paradip, New Mormugao and New Mangalore were the major gainers from the spike in iron ore shipments. Iron ore traffic was boosted by revival in exports and also more movement of ore to the hinterland on robust demand.
After iron ore, liquid cargo comprising crude oil, LPG and LNG posted healthy growth for the major ports. Liquid cargo rose by 7.13 per cent in this period.
Despite the stellar cargo growth in iron ore and liquid traffic, major ports managed to post only 3.24 per cent growth at the end of September. With 19.62 per cent growth, Cochin outperformed all other major ports. Ports on the eastern coast like Kolkata and Paradip registered traffic growth in upwards of 11 per cent. However, de-growth was observed in overall traffic volumes at Visakhapatnam, Kamarajar (Ennore), Chidambaranar and Mormugao ports, according to data by Indian Ports Association.
The deceleration in other key commodities like raw and finished fertilizers and coking coal contributed to the overall muted cargo growth. Raw fertilizers traffic slumped 4.2 per cent while the cargo figure for finished fertilizers was down by 2.55 per cent.
Thermal or steam coal shipments tanked by 16.37 per cent in the period, marking the single biggest fall by any commodity. Lesser volume of thermal coal was primarily due to decline in imports on better availability of domestic coal.
During April-July, the country imported 67.7 million tonnes of coal, a decrease of 8.5 per cent compared with the same period of last financial year.
Kochi port appears to have grown nearly 20% during the financial year till September, 2017, figures from the Indian Ports Association shows Kochi has the highest rate of growth of the major ports in India for the current financial year.
However, the Halida Dock Complex in Kolkata on India’s east coast came a close second with nearly 18% growth during the period. This compares with the national average for port growth of 3%.
Kochi Port has also handled a total of 16.45 million tonnes of cargo between April and October in the current financial year, representing growth of 17.65% over 2016-17.
For the latest updates follow our social media handles:
Facebook- https://www.facebook.com/Cargotab-768461846695570/ | Twitter- @cargotab | Linkedin- https://www.linkedin.com/company/13272098/ | Instagram- @cargotab
Subscribe

Forward thinking, with our eyes firmly locked on the future, Cargotab is the brainchild of a group of marine professionals who have amassed a combined experience of 75 years in the shipping, chartering, and logistics business. The founders’ knowledge and experience in lean management gives Cargotab the edge it needs to adapt and advance in a rapidly changing and challenging market.